Productivity advisors often give the impression that we follow our own advice perfectly.  The implication is that you, dear readers, are expected to do so as well.

Neither is true. Nobody’s perfect.

Although this message is usually unintended, the consequences for readers can be real.

A reader who does not use the advice perfectly may feel like a failure. She may become discouraged about continuing to work on the desired change.  Or worse, he may believe that because the advice is not working for him, the situation is hopeless.

Needless to say, this is not an ideal state of affairs. 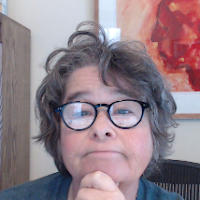 So from now on,  I promise to be more be realistic about the advice I give.

I'll also occasionally share my own “time management mistakes,” and show you how I analyzed them to minimize re-occurrences. As there is an unlimited supply of these mistakes, content ideas will not be a problem!

Let's start with an incident that occurred recently while I was making Turkish Bride Soup.

Iowa's winter has been the worst in a decade. Single digit temps, too much snow, and two stints of minus 40  wind chill courtesy of the polar vortex. Many of you live in places with the same distinction. 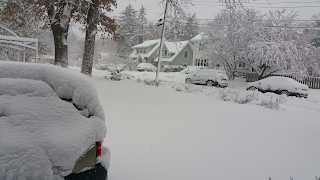 The day was perfect for soup, the weather was miserable, and I had just returned the night before from a long trip. Neither a complicated dish or a trip to the grocery store was appealing.  I found a trusted recipe, Turkish Bride Soup, and after finding all the ingredients in my pantry, was ready to go.

But, I was in a time crunch. I had ninety minutes to both make dinner and have an hour-long call with a coaching client.

In other words, I was double-booked.

You can guess my solution: I would make the soup while taking the call!

As I finishing pulling ingredients off the shelf, the phone rang. I switched to speakerphone, and the call began...

(If you are wondering, I did mention that I would be making soup while we talked!)

What ensued is more proof that multi-tasking does not work.

Turkish Bride Soup is delicious and easy to make, and by using a pressure cooker, can be ready in less than an hour. The method is simple. Saute onion in butter, add red lentils, bulgar, and paprika, then stock, tomato paste and cayenne pepper,  and cook under pressure for 30 minutes.  Release the pressure, add dried mint and eat.

Here is how it went.

I kept my primary attention on the call,  as I am sure you are relieved to hear, and put the soup-making on autopilot.

And actually, it seemed to be going well until...

... I sealed the cooker lid, and double-checked the recipe to confirm the cooking time.

I discovered I had added eight times the amount of cayenne pepper called for.

Panic - of the cook who might have ruined the main dish - set in. 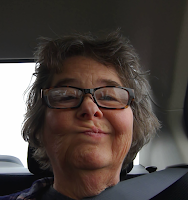 My immediate response was to go into "recipe disaster mitigation planning" mode:


Then things got worse:  I started worrying about not serving a perfect dinner. Worrying ruined my mood and my clarity of thought, and did not help one little bit.

When the soup was finally done, I had a very tiny taste: bland.

No noticeable cayenne at all;  a second taste was confirmatory.

Saved!  In fact, I had to add quite a bit more cayenne to make it right.


What can we learned from this little story?

I identified at least three lessons based on the actual mistake and its aftermath.  But there is also a fourth lesson based on what went right.


Lesson 4. You can be more efficient and effective by creating a system of supporting skills, structures, processes, and habits.

For example, my "cooking productivity system," allowed me to solve the initial problem of how to make dinner on time.

The elements of my own system that helped with the soup situation included:
The "mistake" lessons

To be clear, the kind of multi-tasking that does not work is attempting to simultaneously do two tasks that require cognitive attention.

My call that day had significant "cognitive load;" I needed to listen and make thoughtful suggestions.

Although the soup recipe was easy,  measuring and adding ingredients in the correct order did require attention.  Which I failed to give.

If you want to know more read Devora Zack's book singletasking, in which she summarizes the research and provides detailed examples and implementation tips.


Lesson 2. Even though I knew it was not a good idea to multi-task, I did it anyway.

I did not follow my own "expert" advice.  Instead, I let my feeling of "time pressure" overcome my better judgment.  I am betting some of you have done the same.


Lesson 3. We can improve by thinking through "time management mistakes"  after they happen.

For example, I can be more thoughtful about the plans I make when I'm feeling time pressured.

In the matter of the soup, I could have made a plan that minimized the risk or avoided it altogether.

Let's go back to my frantic attempt to make a back-up plan had I ended up with unacceptably spicy soup.

While it was helpful to think of ways to "repair" the soup, it was unhelpful to let worry take over.

Takeaways for your consideration:

Nobody's perfect!
And of course, you can make some Turkish Bride Soup!